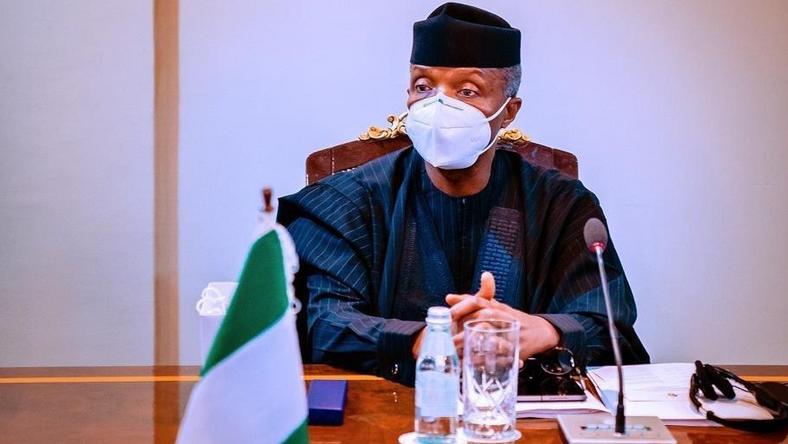 Osinbajo’s spokesman, Laolu Akande, in a statement in Abuja, said the Vice President spoke on Thursday at the virtual edition of the Nasrul-lahi-li Fathi Society of Nigeria (NASFAT) Global Youth Seminar with the theme, “A Unified, Peaceful and Prosperous Nigeria”.

“I urge you to guard your hearts and protect your capacity for idealism and creative optimism.

“These are the tools with which you will build the Nigeria of our dreams; we have a future worth fighting for.

“Your generation has what it takes to move us away from the destructive and unproductive rent-seeking attitudes that engender conflict and on to the terrain of enhanced productivity.

“Your generation has the tools to usher in a new age of abundance and wealth creation that will lift our society beyond the hunger-induced and poverty-inducing squabbles over a national cake that has ceased to exist.

“As Nigeria seeks to find her proper place in the world in the 21st century, you are our nation’s most important resource.

“It is because of you that a united, peaceful and prosperous Nigeria is very possible,’’ Osinbajo said.

On overcoming the challenges confronting the nation, the vice president said the youth’s capacity for innovation would come handy in an era of scarcity and unequal distribution of resources.

According to him, much of the discontent and tensions that Nigeria has, are distributional conflicts ignited by the struggle for access to tangible and intangible resources.

“As resources become scarcer, identity-based claims to a share of the national patrimony become more aggressive and lead increasingly to conflict.

“Under these circumstances, we are liable to see each other as competitors and rivals instead of compatriots and eventually we begin to demonise each other as enemies.

“With a population of about 200 million, and with our country on track to be the third most populous nation on earth in a few decades, the challenge for us is creating opportunity for the huge number of people that increasingly need education, food, healthcare and employment.

“This is where your capacity to innovate comes in.’’

Recalling efforts made in the past to promote unity among Nigerians and progress across different sectors of the economy, Osinbajo said Nigerians must not relent in striving for a progressive and united country.

The News Agency of Nigeria (NAN) reports that the event featured presentations by Islamic scholars including Sheik Nurudeen Lemu, Mufti Ismail and Imam AbdulAzeez Onike among others.