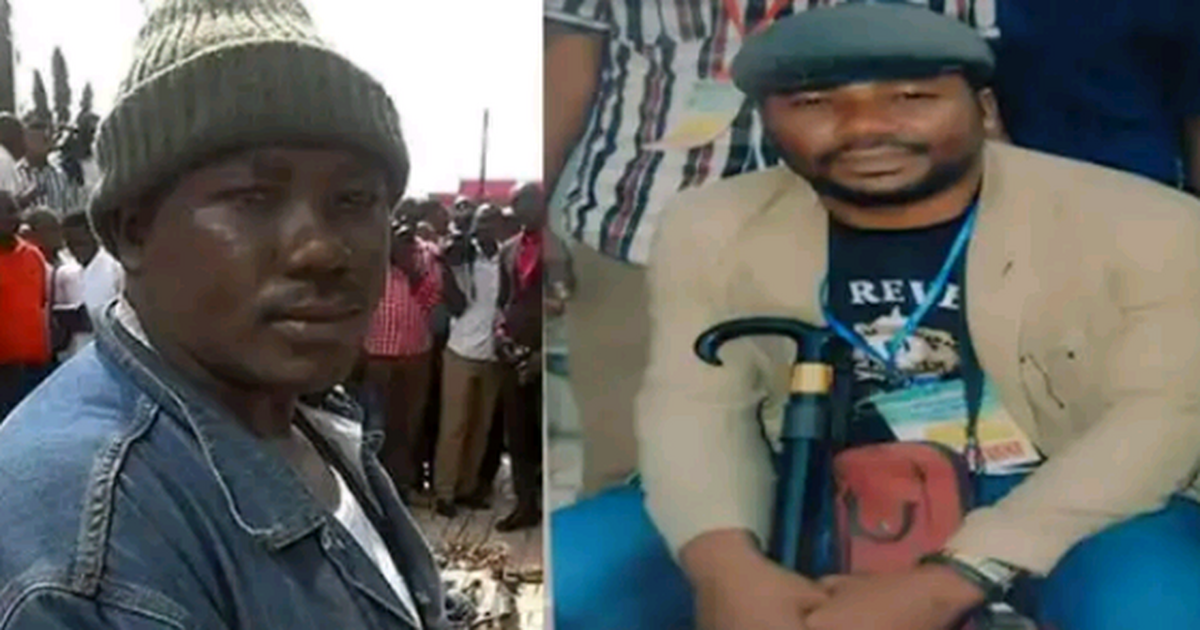 He was also considered too dangerous in some north central states. He was a man with plenty of blood on his hands.

Gana’s reputation as a terrorist, killer, robber, kidnapper and destroyer, preceded him.

Often sporting dreadlocks and a bushy, unkempt beard, Gana’s thirst for blood forced the Benue State government into placing a N10 million bounty on him.

In 2015, the Benue State government granted amnesty to Gana and 500 other bandits who had terrorised Benue, Taraba and conterminous states for years.

However, most of these terrorists, including Gana, soon returned to a life of crime and kidnapping. They knew no other occupation.

This week, news emerged that Gana has been shot dead during a gun duel with soldiers at the Gbese-Gboko-Makurdi junction.

Commander of the Special Forces Command, Maj. Gen. Moundhey Ali said “at about 12:00 hours today (Tuesday), we received strategic information on the movement of the dreaded bandit Terwase Akwaza Agbadu aka Gana along Gbese-Gboko-Makurdi road.

“At about 13:00 hours, there was a meeting engagement with the convoy of Gana, a shoot out ensued and the bandit was killed,” Ali said.

However, Benue Governor Samuel Ortom isn’t pleased with how the military ended Gana’s life. The governor says Gana was well on his way to throwing up his arms in surrender when he was gunned dead.

The governor paints a different scenario of what transpired.

“It was around 4pm when we were waiting for the repentant militias that I received a call that Gana and others have been arrested close to Yandev roundabout in Gboko by soldiers,” Ortom said.

“Many of the repentant militias had weapons in which they were bringing to surrender to us. The process of the amnesty programme was known to the security operatives, so I don’t know why they have to be arrested.

“Immediately I got the information, I contacted the commander of Operation Whirl Stroke, General Yekini, who told me that they were carrying out an operation and promised to get back to me, so I am still waiting for him,” the governor added. 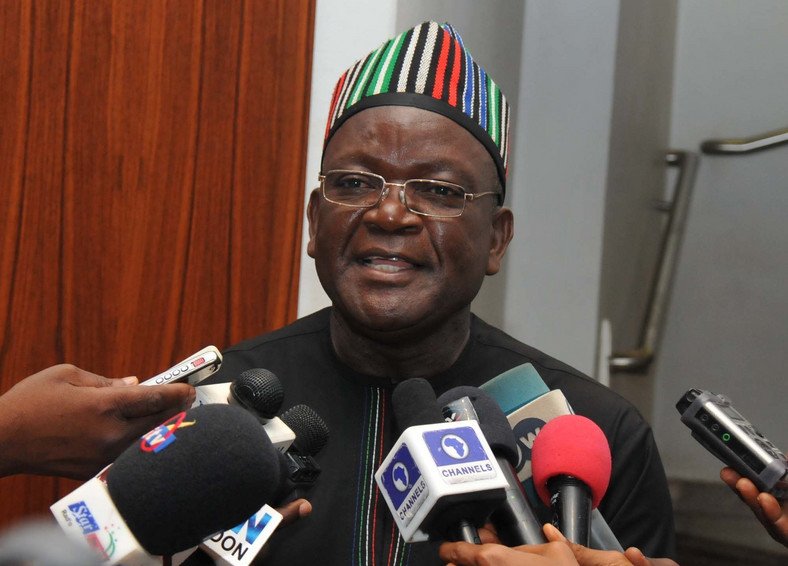 Ortom is not the only politician in Benue who is displeased with the army for killing the terrorist.

The senator representing Benue north-east, Gabriel Suswam, says the murder of Gana could spark another insurgency in a restive north central region.

“The lessons of the Boko Haram escalation after a similar murder of its leader are still here with us. If this method is accepted as a norm in our country, there will be no need for laws and courts,” the senator, who is a former Benue governor, said.

“We stand to benefit more by subjecting suspects to due process of the law. Information extracted from a living Gana would have helped security agents get to the root of activities of criminals.

“By this gestapo style execution, we have missed an opportunity to learn vital lessons about the structure of crime in the area. Even war criminals captured alive are entitled to certain rights.” 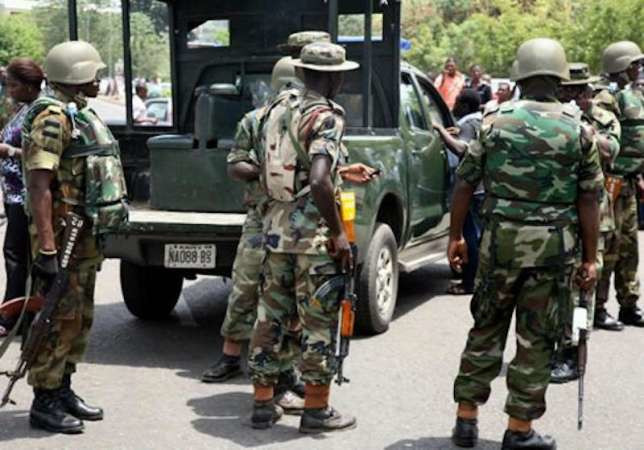 Suswam also said Gana was on his way to giving up a life of crime when his life was snuffed off him.

“I was totally dumbfounded to learn that while Gana was on his way to Makurdi, the state capital, to present himself to the state governor who was waiting, his long convoy that included political leaders, traditional rulers, clergymen and security agencies was ambushed by allegedly armed soldiers and he was isolated and taken away.

“In the midst of the confusion, pictures began to circulate on social media of the bullet ridden body of Gana with a rifle callously placed on his side.

“Our joy was multiplied when we saw him along with his militia surrender arms and publicly renounce a life of crime. Our revered king extracted a pledge from him never to turn his kingdom into a wasteland,” he said. 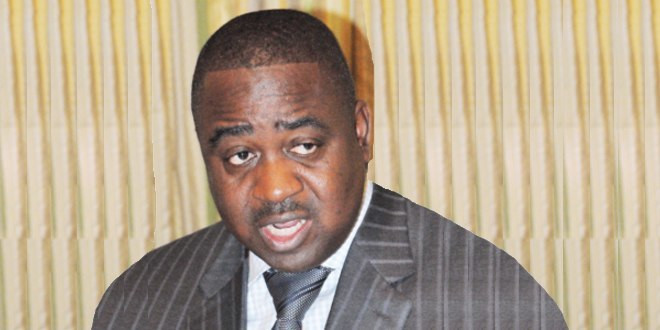 “Those present at this forum heaved a great sigh of relief with the thought that finally, a life full of uncertainty has come to an end.”

There are so many unanswered questions with these conflicting reports: Did Gana and members of his gang engage soldiers in a gun duel?

If he was going to surrender at government house, why weren’t soldiers or the state’s security architecture carried along? Was he really on his way to laying down arms and accepting an amnesty this time after defaulting on previous amnesties? Is the military lying about how he died?

Is it true that Gana and Governor Ortom were buddies? The kind of buddies who counted on the other to solve political problems? Was Gana the kind of guy who mobilized his boys to bear arms and gun down political opponents for the highest bidders? Did politicians buy arms for Gana and his boys in election season?

How did Gana become so powerful? Why was it that he had so much access to Ortom? How could a man declared most wanted by the Benue State government for killings in Taraba, Plateau and Bauchi etc still find time to pose for pictures with a state governor? 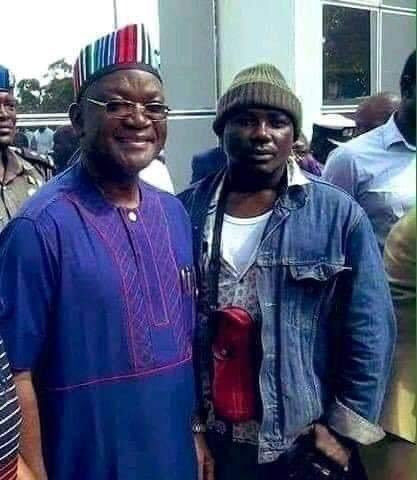 In the words of a famous journalist, who was bankrolling Gana? Who bankrolls other gun-wielding gangs in the north central region of the country?

Law enforcement agencies certainly have a lot of work to do in the aftermath of Gana’s murder. Maybe his death is an opportunity missed for law enforcement in terms of extracting confessional statements from the man and finding out who funded his extensive, murderous operation.

But then again, maybe not. Security operatives must now make sure they carry out mop up operations to weed out all of Gana’s proteges and scions in the region and exterminate all of the murderous criminal sleeper cells in the north central region.

However, I have to admit that Governor Ortom and Senator Suswam’s open display of affection for Gana after he was executed, did leave me uncomfortable.

It is possible that they know more about Gana than they are letting on. In which case they should be thoroughly quizzed.

*Pulse Editor’s Opinion is the view of an Editor at Pulse. It does not represent the views of the organisation Pulse.