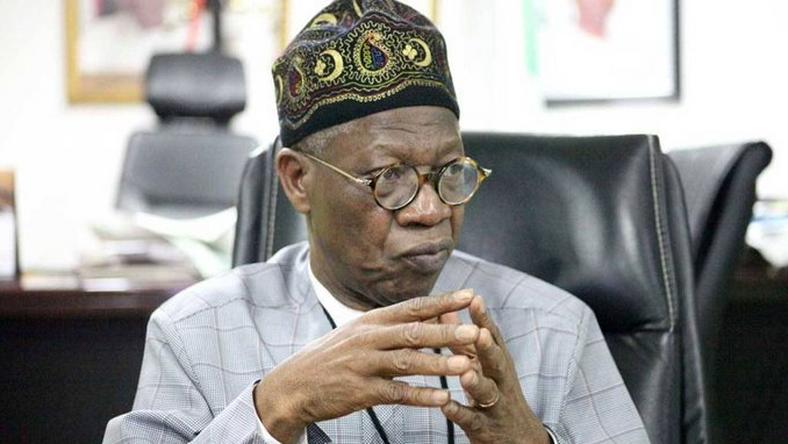 The programme which focussed on “Nigeria at 60: Matters Arising” was monitored by the News Agency of Nigeria (NAN) in Abuja.

Specifically,the Minister said the rail extension is intended for Nigeria to take economic advantages of import and export of Niger Republic, Chad and Burkina Faso which are landlocked countries.

Mohammed said contrary to the disinformation by some commentators on the rail extension project, the decision was taken in the economic interest of the country.

NAN reports that some Nigerians have queried the rationale behind Nigeria borrowing so much to fund the infrastructure of a neighbouring country.

The Minister, however explained: “I think there have been a lot of disinformation and total lack of information over that linking of Lagos, Kano, Katsina railway to Marradi”

“The wisdom behind it is that Niger, Chad Burkina Faso are all landlocked meaning that they do not have access to sea.

“What this means is that most of their imports and exports have to go through neighbouring countries’ seaports like Cotonou in Benin Republic, Togo and Ghana.”

Because we do not have a road infrastructure that will encourage Niger republic to use our seaports, we believe that we will be able to take over their imports and exports with the rail linkage.

“The simple reason, therefore is to strengthen the economy of Nigeria,” he said.

Mohammed explained further: “For now, Niger Republic used seaport of Benin Republic, Togo and Ghana and the exporters go through the stress, challenges and time of being on the road from Cotonou, Lome or Accra to their country.

“But when you look at the distance by rail by the time we link them from Katsina to Maradi, it will be easier for us to take over the business.

“There is nothing like territorial expansion, it is purely economic,we are taking advantage of proximity and efficiency of rail system”.

The Minister further explained that the distance from Jibia the Nigeria border town with Niger Republic to Marradi is a few kilometre and there is existing business relations between the people at both border town’s.

He admonished critics of government policies and decisions to always seek clarifications before going to town to misinform the public.

Mohammed equally said that government will keep engaging in more conversation to enlighten the public on its policies, programmes and decisions.

NAN recalls that the Federal Executive Council on Sept. 23 approved over 1.959 billion dollar for the construction of the rail line from Kano to Marradi in Niger Republic.

The Minister of Transportation, Rotimi Amaechi who disclosed this to State House correspondents said the rail line designed to take off from Dutse in Jigawa, Katsina and Jibia will terminate in Marradi.