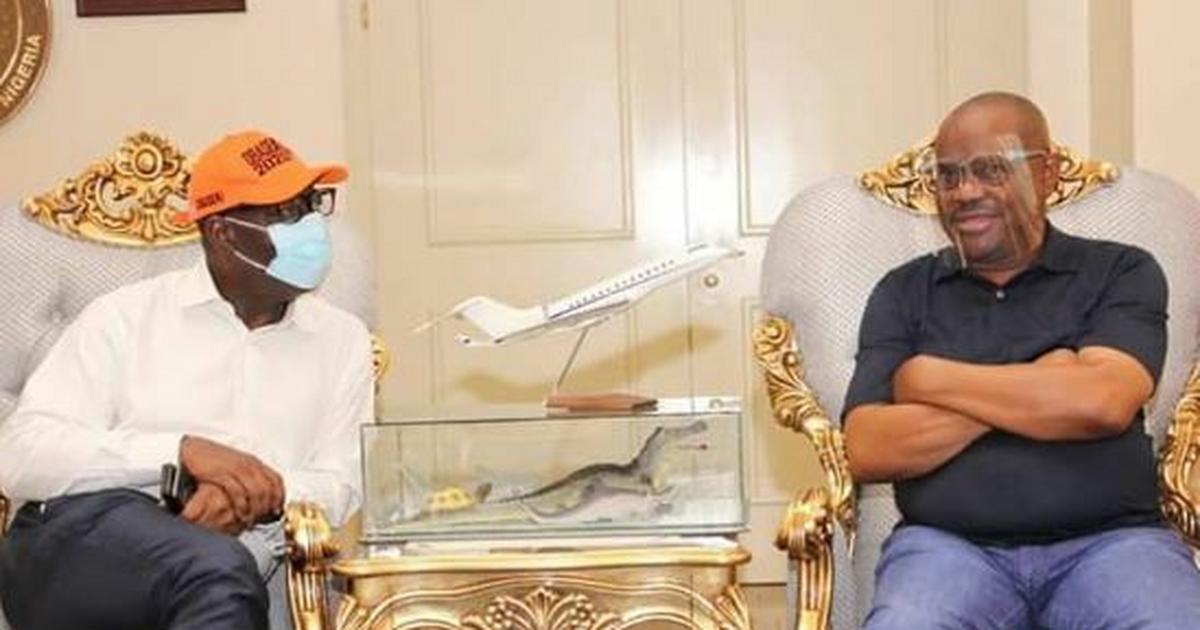 Obaseki said Wike clothed and fed him when he was pushed out of the All Progressives Congress (APC).

The governor said this when he visited the Rivers governor on Wednesday, September 23, 2020.

It would be recalled that Wike was one of the first people who met Obaseki shortly after he was disqualified from the APC primary election.

It is also believed that Wike was one of those who persuaded Obaseki to join the Peoples Democratic Party with the assurance that he’ll get the party’s ticket to contest in the September 19 governorship election in Edo State.

Following Obaseki’s defection to the PDP, the opposition party appointed Wike as the chairman of its national campaign on the Edo election. 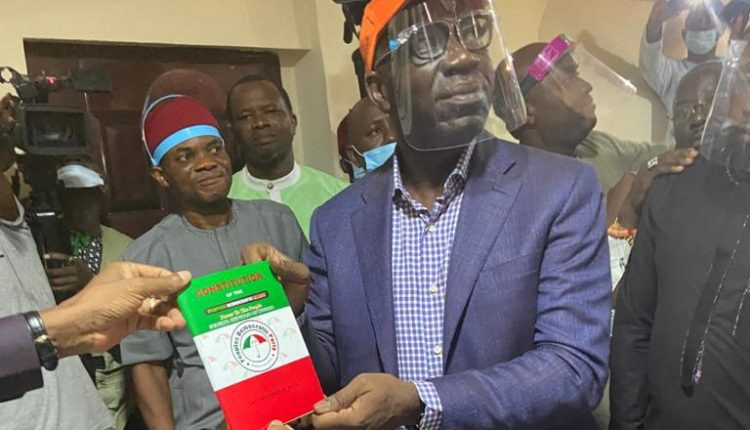 In a statement on Wednesday, Rivers commissioner of information, Paulinus Nsirim said Obaseki together with some political leaders from Edo State visited Governor Wike to thank him for supporting his reelection.

The statement quoted Obaseki as saying that the strategy that led to his victory was formulated at the Rivers State Government House.

“After I was pushed out of my former party, this house was the first place I sought solace. You took me in as a brother, out of the storm, changed my clothes and gave me food to eat.

“It was in this house, the campaign council met to work out the key strategies that led us to victory. You mobilised people across the country. You moved to Benin, went through the humiliation and attacks. You supported us and we won.

“It will be a sin against God if we do not come to say thank you. Even if the victory we are celebrating is from God. He has used people like you to make it happen,” the statement said.

In his response, Wike, in turn, appreciated Obaseki for making himself available and standing firm.

Wike said, “Our work would have been difficult if he did not make himself available. I cannot support a lily-hearted person. Governor Obaseki was firm.

“It is not easy to fight godfatherism. But he has the interest of Edo people at heart. Together, we have conquered it.

“I thank you, my brother, Obaseki for carrying everybody along in the party.”

The Rivers governor also said Obaseki’s victory is the sweetest he has ever tasted, adding that the six states in the South-South are now under the same political party.